The Baphuon (Khmer: ប្រាសាទបាពួន) is a temple at Angkor,Cambodia. It is located in Angkor Thom, northwest of the Bayon. Built in the mid-11th century, it is a three-tiered temple mountount. built as the state temple of Udayadityavaraman II. dedicated to the Hindu God Shiva. It is the archetype of the Baphuon style. The temple adjoins the southern enclosure of the royal palace and measures 120 metres east-west by 100 metres north-south at its base and stands 34 meters tall without its tower, which would have made it roughly 50 meters tall. Its appearance apparently impressed Temur Khan’s late 13th century envoy Chou Ta-kuan during his visit from 1296 to 1297, who said it was ‘the Tower of Bronze…a truly astonishing spectacle, with more than ten chambers at its base.’ In the late 15th century, the Baphuon was converted to a Buddhist temple. A 9 meter tall by 70 meter long statue of a reclining Buddha was built on the west side’s second level, which probably required the demolition of the 8 meter tower above, thus explaining its current absence. The temple was built on land filled with sand, and due to its immense size the site was unstable throughout its history. Large portions had probably already collapsed by the time the Buddha was added. 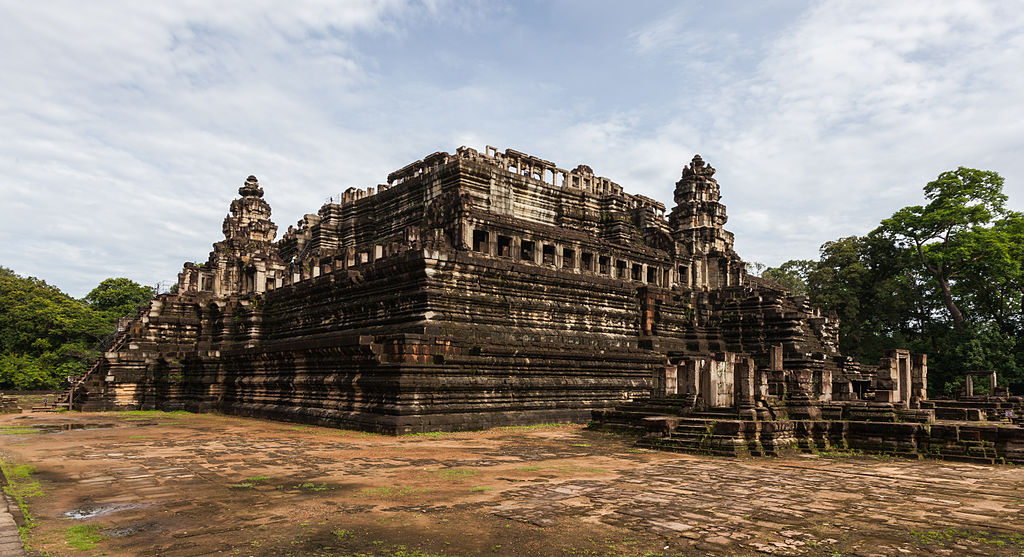 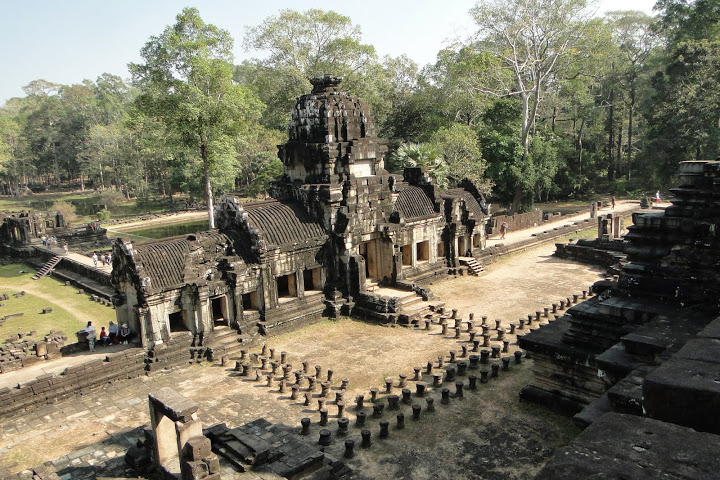 Surrounded by a wall 125 by 425 m the central tower was probably gilded wood, which has not survived.

By the 20th century, much of the temple had largely collapsed, and restoration efforts have since proven problematic: a first effort begun in 1960 was interrupted by the coming to power of the Khmer Rouge, and records of the positions of the stones were lost. A second attempt started in 1995 by a team of French-led archeologists as of 2005 was still ongoing, restricting visitor access. As of November 2010, partial visitor access was once again allowed, though not to the central structure.

In April 2011, after 51 years, the archaeologists finished the restoration of the temple. King Norodom Sihamoni of Cambodia and Prime Minister Francois Fillon of France were among those who first toured the renovated temple during the inauguration ceremony on July 3, 2011.